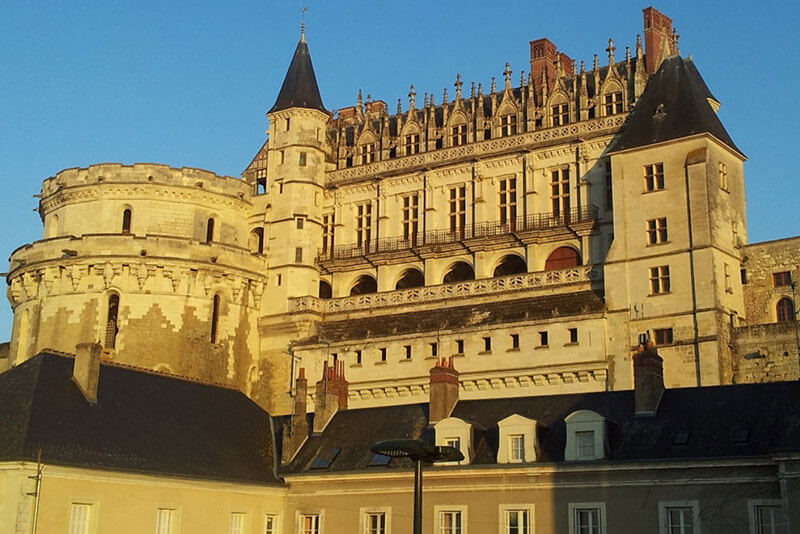 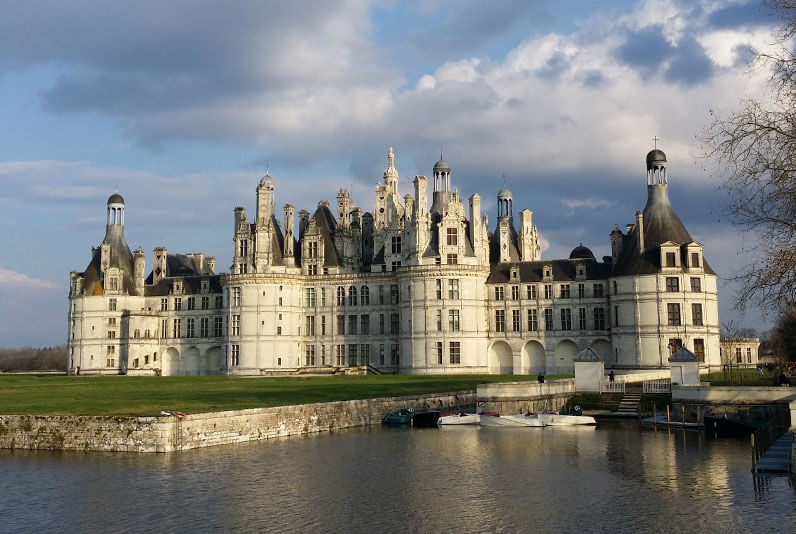 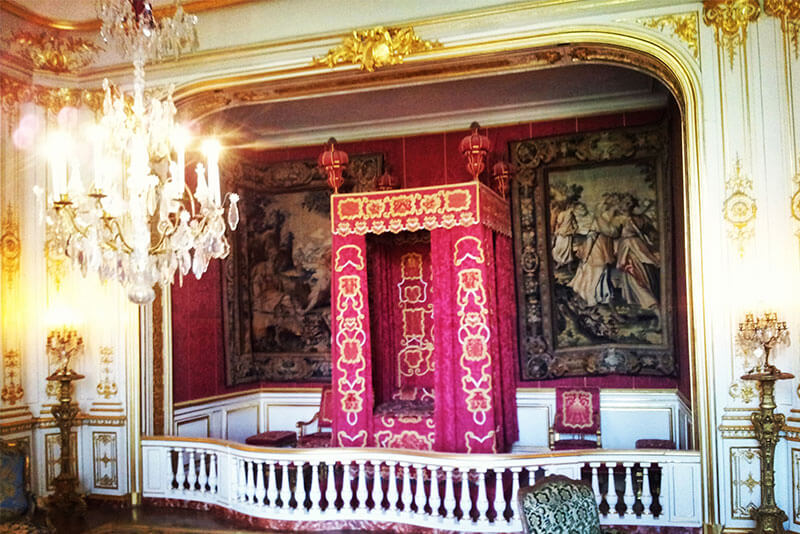 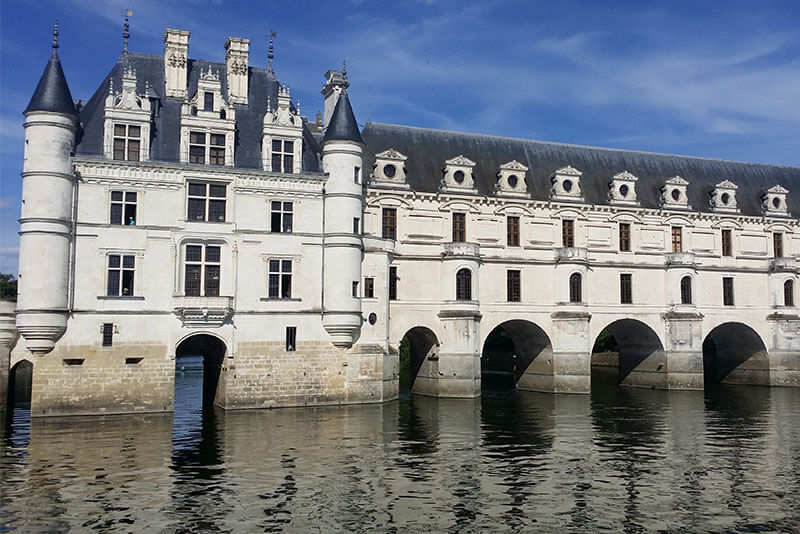 For lovers of the Renaissance, the Loire Valley and its stunning châteaux are simply unmissable. Our 12 hour customized tour to the castles of the Loire valley is truly inspirational: wend your way along the Loire and Cher rivers to discover three of the Loire Valley’s most famous Renaissance châteaux. You’ll begin at Amboise, whose formidable round tower and exquisite Renaissance facade overlook the River Loire. The town of Amboise is also a perfect place for strolling along the medieval streets and having lunch!
On our way to Chenonceau,we’ll pass by the Clos-Lucé which has been given to Leornaro da Vinci by the king of France,Francis I ; That Manor House is the very place where Leonardo died ( He is buried actually in the chapel of the castle of Amboise ).
After lunch we head to the château of Chenonceau, probably the most photographed of all the Loire Valley castles, with its gallery spanning the river Cher and its beautiful gardens designed for Diane de Poitiers and Catherine de Medici, respectively mistress and wife of the king of France, Henry II.

Last not least, visit the château of Chambord, the biggest of all, with over 400 rooms, 365 fireplaces and 67 staircases, including its striking double spiral centerpiece, attributed to Leonardo da Vinci, which leads to the large terrace from where you can admire not only the building itself but also the surrounding forest.

Make the most of it with a 2-Day Trip From Paris to the Castles of the Loire Valley : Visit Azay le Rideau, Villandry ,Saumur and Angers on a private 2-Day Trip to the Loire valley castles

The chateau of Azay le Rideau, located on an enchanting bend of the Indre, a tributary of the River Loire, was described by Balzac as “a faceted diamond set in the Indre” and epitomizes the charm of the French Renaissance.

A must-see for garden-lovers, the château of Villandry is known throughout the globe for its superb formal gardens, a true Renaissance-inspired masterpiece.The castle of Saumuris the perfect example of the medieval fortress transformed into a chateau (a residence more comfortable ) during the 15th C. whereas the fortress of Angers remains… a fortress ,but it also shelters the magnificent tapestry of “The Apocalyse” ,woven during the 14th.